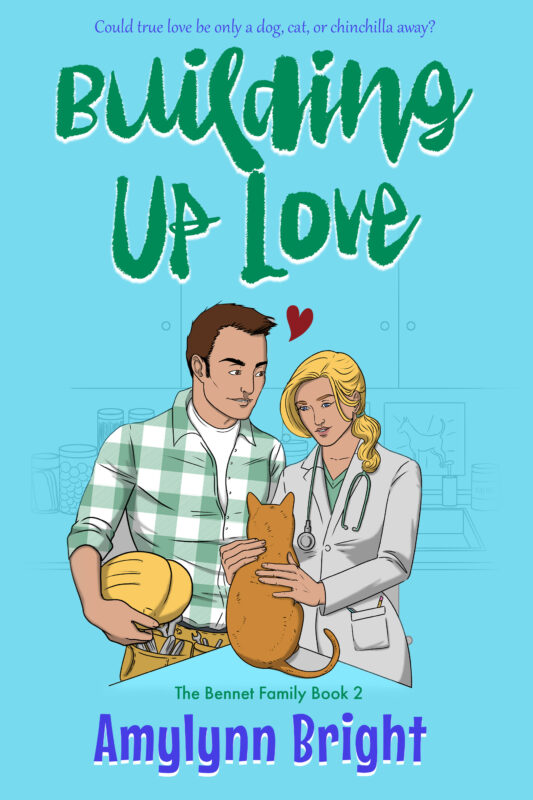 Five years ago, Lee Bennett’s whirlwind romance with Candace Claesson ended as abruptly as it had begun, and just when he needed her the most. Since then, Lee’s built a successful construction company and a satisfying, if solitary, life. When he’s hired to build Candace’s new veterinary clinic, Lee finds her as irresistible as ever—but he’s never forgiven her and he’s sure as hell not letting her break his heart again.

For years, Candace has wrestled with regret and guilt over leaving Lee. At the time, nothing was going to stop her from achieving her dreams of studying in Scotland and becoming a vet—not even young love. They’d been inseparable for six months, but anything that intense couldn’t last. Or so she thought.

Reunited in their hometown, neither Lee nor Candace can resist picking up where they left off. But with so much from the past standing between them, how they can rebuild what they started so long ago?

Other Books in "The Bennet Family"

Cooking Up Love
Preview
Disclosure of Material Connection: Some of the links in the page above are "affiliate links." This means if you click on the link and purchase the item, I will receive an affiliate commission. I am disclosing this in accordance with the Federal Trade Commission's 16 CFR, Part 255: "Guides Concerning the Use of Endorsements and Testimonials in Advertising."